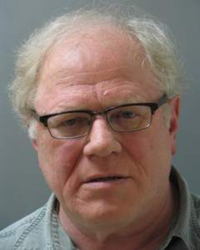 Donald Ratcliff, 60, of Carol Stream, IL, a professor of Christian education at Wheaton College, was recently charged with two counts of aggravated child pornography for downloading images of underage children from pornographic websites onto his home computer, according to a March 1st report by CBS News, Chicago. Bail was set at $ 750,000. (Christian Broadcasting Network, March 4, 2012, staff reporter)

The DuPage County Internet Crimes Unit detected a pattern of downloads of images of underraged children from pornographic sites to Mr. Ratcliffe’s home computer. The author of The Casual Christian, a graduate of Wheaton College, points to this as another example of how Christian institutions have failed to equip believers for the challenges of living in an increasingly pagan culture.

Olson says, “In recent years it has become virtually impossible to distinguish Christian lifestyles from those of the general public. Mr. Ratcliffe is one of a growing number of Christians who have no idea what normative Christian behavior is from a historical perspective.”

In his book, Ten Reasons We Fail in Evangelism, Jerry Harmon says:

“?????Ninety-five percent of all Christians have never won a soul to Christ.

????Eighty percent of all Christians do not consistently witness for Christ.
????Less than two percent are involved in the ministry of evangelism.
????Seventy-one percent give nothing toward the financing of the Great Commission.
????Sixty-three percent of church leadership, including deacons and pastors, have not led a single stranger to Jesus in the last two years.
????Forty-nine percent of Christian leaders spend zero time in an average week ministering outside of the church.
????Nine percent of leaders have zero time reserved on their list of weekly priorities for going out to evangelize.”

According to a study by the Barna Group entitled, ?Surprisingly Few Adults Outside of Christianity Have Positive Views of Christians,? evangelicals rated tenth out of eleven groups on positive impression, beating out only prostitutes. Less than half the respondents had a favorable impression of ministers and less than a third gave born again Christians a thumbs-up.

“Still Christian leaders somehow cannot draw the connection from the declining moral and ethical standards in the Christian community to a church that has failed to produce Christian character,” says Olson.

He goes on, “Most church leaders hold to the notion that spiritual growth is the goal of Christian ministry. On the other hand, the Bible says that the goal of ministry is development of Christian character.”

Second Peter 1: 5-7 lays out Christian character development in a progression:

One could diagram Christian growth this way:

From Faith to???? Excellence to???? Knowledge to????Self Control to Perseverance to????Godliness to????Brotherly Affection to Unselfish Love.

Each quality builds on the one before it until the ultimate goal is reached which is unselfish love. In a sense one could say that the selfishness is being wrung out of human nature little by little throughout the process until it is completely removed in the final step – a step which no one ever completely attains.

This same process is embodied in some fifty ‘one anothers’ of scripture. They shape up this way in order of occurrence:

Once again love is ranked highest on the scale of importance, although most modern church leaders would place teaching and worship at the top of the list.

“It is important to note,” says Olson, “that the biggest difference between spiritual growth and character development is that one is tangible and the other is not. When spiritual growth becomes the object of ministry, outcomes are nebulous. One cannot judge another’s prayer life or his devotion to God, so growth is not quantifiable. But it is possible to measure character development by the way the believer interacts with others. The Apostle Paul provided such an evaluation at the beginning of every letter he wrote to the churches.

“Pastors fail to see the connection between the obvious lack of Christian qualities in the church and the effectiveness of their ministries, precisely because they have abandoned character development for spiritual growth. To make matters worse, they reject all scrutiny of their methods as church bashing or spiritual insubordination. Until now they have been exempt from the professional standards enforced upon secular institutions. Recently a new element of accountability has been added by special police task forces that monitor downloads of images from pornographic websites and trace them to the personal computers of unsuspecting targets.”

The ceremony will take place in Miller Gymnasium in the Wheeler Sports Center on the school?s Newberg, Ore., campus. Seating begins at 1 p.m., and the ceremony will start at 2 p.m. Tickets are not required; however, seating is limited to 10 guests per graduate. At 1:45 p.m., a live broadcast of the ceremony will be available to watch online at stream.georgefox.edu/live/commencement.sdp.

Chris Skaggs, who graduated from George Fox with a bachelor?s degree in history in 1999, will serve as commencement speaker. He is a 12-year veteran of the Web and mobile software industry and founder of Soma Games, a video gaming company with a Christian worldview.

Soma and its sister company, Code-Monkeys, have delivered software applications to some of the country?s most discerning clients, including Intel, Four Seasons, Comcast and Aruba Networks. With a team of about a dozen programmers and artists, Soma Games moved into the mobile sector in 2009 and has delivered more than 60 apps in just over two years.

The title of Skaggs? commencement address will be ?Keys To Your Calling.?

More specifics on the ceremony are available at commencement.georgefox.edu.

George Fox University is a Christian college ranked by Forbes among the top Christian colleges in the country and is classified by U.S. News & World Report as a first tier regional university and a ?Best Value? school. More than 3,500 students attend classes on the university?s campus in Newberg, Ore., and at teaching centers in Portland, Salem, and Redmond, Ore., and Boise, Idaho. George Fox offers bachelor?s degrees in more than 40 majors, degree-completion programs for working adults, five seminary degrees, and 11 master?s and doctoral degrees. 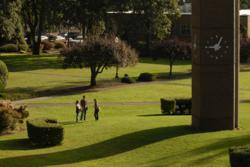 Undergraduate students interested in competing for academic and leadership scholarships at George Fox University may be eligible to participate in the university?s annual Scholarship Competition, scheduled Friday and Saturday, Feb. 10-11, 2012, on the school?s Newberg, Ore., campus.

The invitation-only event is open to students with outstanding academic records, test scores or leadership ability. Those who wish to receive an invitation to participate must have a 3.0 cumulative high school GPA and complete an application to the university by Dec. 1. Application is available online at apply.georgefox.edu.

Scholarships will potentially be awarded in more than 30 areas of study, including accounting, art, biology, chemistry, English, music, nursing, psychology and theatre.

Each student may participate in one academic competition, and up to three scholarships may be awarded in each subject category. Continuation of the scholarship beyond the sophomore year is contingent on the student pursuing a major in the academic area of scholarship.

First-place winners receive $ 16,000; second-place recipients earn $ 12,800; and those who earn third place receive $ 10,000. All award winners must maintain a 2.5 George Fox grade point average and remain in good standing with the university to continue receiving the scholarship beyond the sophomore year.

Also available are leadership awards, intended to recognize students who demonstrate outstanding leadership experience or involvement in co-curricular activities and who intend to contribute to the George Fox University community through participation, involvement and continued development of leadership skills. Leadership awards range from $ 2,000 to $ 20,000 per year.

George Fox undergraduate students have a wide range of majors to choose from, as the university offers more than 40 bachelor?s degrees in disciplines ranging from the arts and sciences to business, education, psychology and social work.

George Fox University is ranked by Forbes and Kiplinger?s among the top Christian colleges in the country. George Fox is a Christian university classified by U.S. News & World Report as a first tier regional university and a ?Best Value? school. More than 3,500 students attend classes on the university?s campus in Newberg, Ore., and at teaching centers in Portland, Salem, and Redmond, Ore., and Boise, Idaho. George Fox offers bachelor?s degrees in more than 40 majors, degree-completion programs for working adults, five seminary degrees, and 11 master?s and doctoral degrees.

Distance learning has become more and more popular throughout educational facilities around the world. Recently, with the help of MegaMeeting.com?s web-based video conferencing solutions, the staff at Dallas Christian College has been able to take their education and training programs online.

Integrated into their online education program, MegaMeeting.com?s video conferencing services are used as a virtual tutoring center. Students click a link on the college?s help page and from there they are able to engage immediately with a live online tutor. In addition to a virtual tutoring center, the instructors at Dallas Christian College are able to use the features within the MegaMeeting.com product to hold ?virtual? office hours and meet with students outside of the normal classroom hours. Some of the MegaMeeting.com features the instructors are taking advantage of include built-in VoIP audio, showing PowerPoint presentations and the displaying of up to sixteen live video streams in a meeting.

As an added bonus, with many of their instructors scattered across the country, MegaMeeting.com provides a means for these instructors to participate in regular faculty meetings without actually having to be physically present at the college. According to Bruce Long, Associate Dean – Distance Learning, Dallas Christian College, ?I conduct regular professional development sessions for my online instructors through MegaMeeting.com. It only takes about an hour, because there is no travel time?.

One of the major factors as to why Dallas Christian College chose the MegaMeeting.com services was the flexible licensing. Rather than requiring them to purchase a license for each user, MegaMeeting.com provides the college with a site license allowing them to create multiple logins for each one of their users. Bruce Long continued to say ?MegaMeeting.com allows me to provide video conferencing for my whole team–at a price that fits the budget of our small college?.